On behalf of the Teaclave community, I am happy to announce the third Apache Incubator release of Teaclave, 0.3.0. Teaclave is a universal secure computing platform, making computation on privacy-sensitive data safe and simple. Apache Teaclave (including the FaaS platform, SGX SDK, and TrustZone SDK) is being used and contributed by developers from many organizations and other open source projects. Please see the powered by page to learn more.

This is the third official Apache Incubator release. In this release, we focus more on bringing WebAssembly into Teaclave. Now, you can run functions written in different languages in Teaclave with the WebAssembly executor. Specifically, we modify WebAssembly Micro Runtime and add it as a new executor in Teaclave.

In this release, we added a new WebAssembly executor which supports to run function in the WebAssembly bytecode. Therefore, in addition to native code and Python scripts, Teaclave can run many other languages which can be compiled in to WebAssembly. This enables a lot of functions of privacy-preseving computation that are not easily rewritten in Rust or Python. Furthermore, because of the ecosystem of WebAssembly, we can even run deep neural network models in the WebAssembly executor. 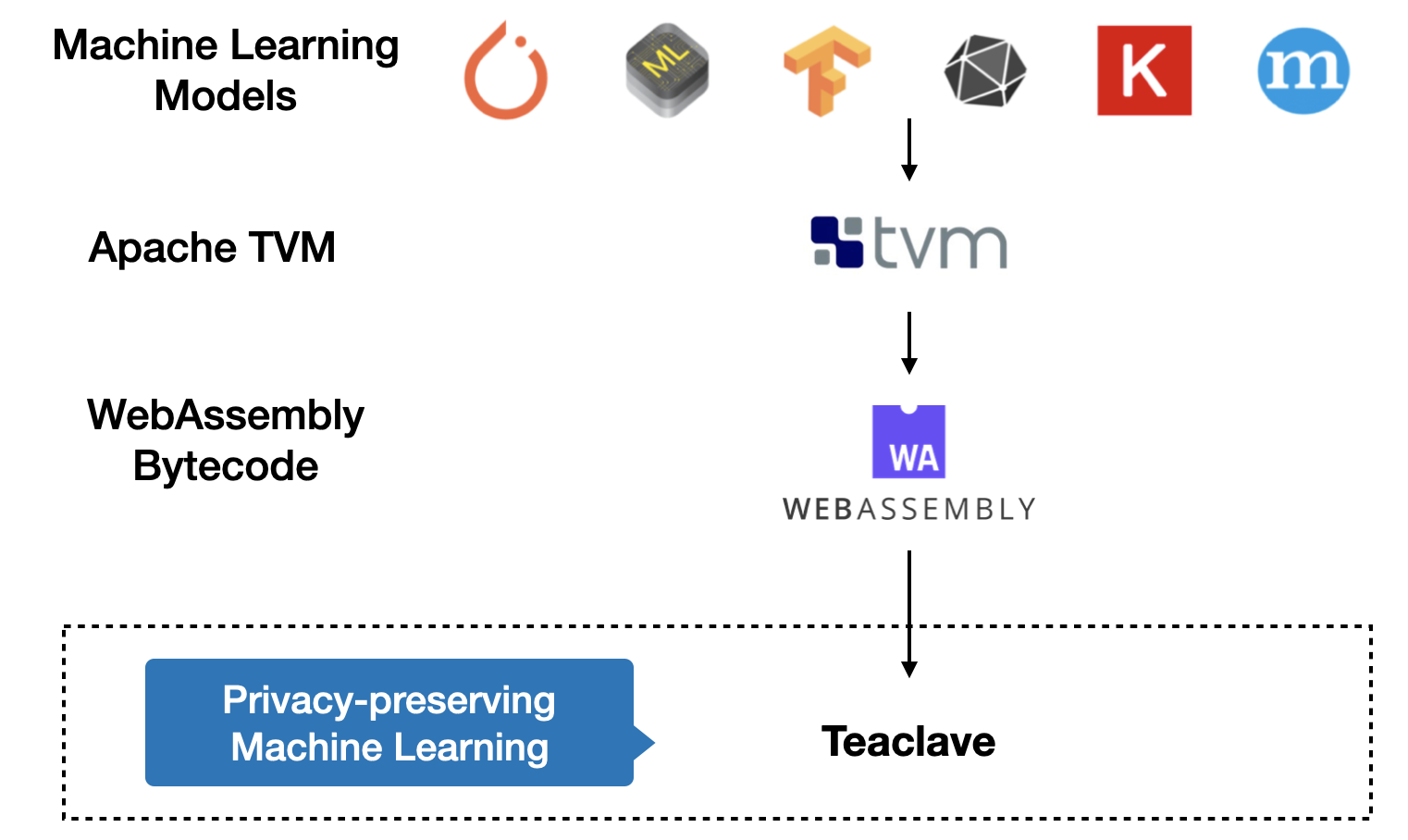 Here is a list of notable changes in Teaclave version 0.3.0.

Teaclave 0.3.0 can be downloaded at the download page. Note that it is essential to verify the integrity of the downloaded file using the PGP signature (the .asc file) or a hash (the .sha256 file).

If it is the first time to try Teaclave, we provide a simple but clear tutorial to guide you getting stated with Teaclave by invoking your first function in Teaclave.

Basically, you can build the Teaclave platform using docker with these commands:

And invoke function with a Python client:

If you want to understand the internals of Teaclave, we provide several documents about the design of Teaclave. Also, we extensively document our codebase in each sub directories. At last, API references are automatically generated and uploaded to our homepage.